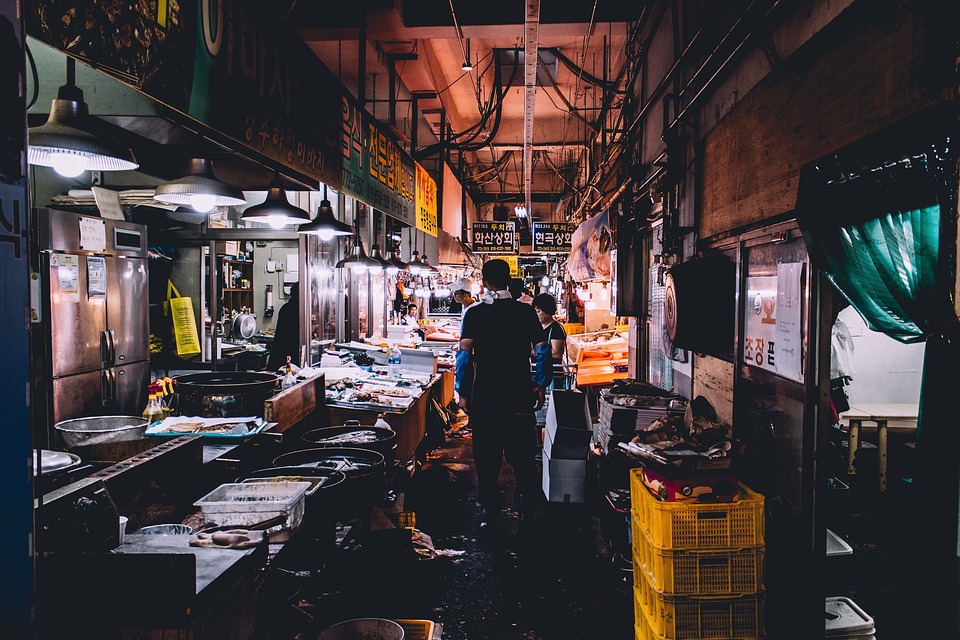 Just a couple of weeks after the fiftieth anniversary of Earth Day, which was meant to engage the world in “a billion acts of green,”  saw us focusing instead on a global Coronavirus pandemic catalyzed, it would seem, by eating wild animals (most likely bats) from so-called “wet markets” in Wuhan (if you follow the link, be warned of graphic images).

At the time of writing, there are or have been globally 3,136,232 cases of Covid-19 and 217,799 deaths recorded (being updated in real time). The scale of this pandemic is greater than anything we’ve encountered in more than a century. Currently, it’s surpassed only by the 1918 influenza pandemic, which remains the most severe in recent history.

The 1918 Influenza Pandemic. It spread worldwide during 1918-1919. An estimated 100 – 500 million people or one-to-two thirds of the world’s population at that time became infected. The number of deaths was estimated to be at least 50 million worldwide. About 675,000 of these were in the United States. Part of the reason for the devastation of 1918, which fortunately does not seem to be the case now, is that H1N1 afflicted people across a range of ages. Mortality spiked in people younger than 5 years old, between 20-40 , and 65 years and older.

There have been numerous calls to use the 1918 pandemic as a warning (like this one from 2009) and to guard against complacency, ensuring we are ready for a situation that, inevitably, will come. Another analysis, also from 2009, had this to say:

Given our highly mobile and connected society, any future influenza pandemic is likely to be more severe in its reach, and perhaps in its virulence, than the 1918 influenza despite improvements in health care over the past 90 years. Perhaps lessons learned from the past can help mitigate the severity of any future pandemic… Unfortunately, a 2005 report suggests that the United States is not prepared for an influenza pandemic. Garret, 2009, p. 22.

In 1918, with no vaccine to protect against the influenza infection (also the case now) and back then with no antibiotics to treat secondary bacterial infections, control efforts worldwide were limited to interventions such as isolation, quarantine, good personal hygiene, use of disinfectants, and limitations of public gatherings, all of which were applied unevenly across social strata.

The pandemic was caused by an H1N1 virus with genes of avian origin. Although there is disagreement around its country of origin, the first reported case came from Fort Riley, Kansas in the United States. Genetic analysis suggests that the ultimate ancestral source of this virus was in birds, especially since the digestive tracts of waterfowl like ducks and geese are known serve as reservoirs for all known influenza strains. Without any more solid evidence, we are left to wonder whether intensive poultry or waterfowl growing had a part to play, much as did the H7N9 “Avian Flu,” which began in February 2013. That pandemic was transmitted to humans from chickens at a wet poultry market.

The Black Death, 14th Century. While the biological nature of the bubonic plague is very different from Covid-19, it nevertheless stemmed from nature, and was spread through our relationship with animals, and theirs with us.

Bubonic plague is one of three types of plague caused by the bacterium Yersinia pestis. It is an infection of the lymphatic system, usually resulting from the bite of an infected rat flea, Xenopsylla cheopis. It is mainly spread by fleas that live on small animals like rats, or exposure to bodily fluids from a dead plague-infected animal.

The first recorded epidemic affected the 6th century Byzantine Empire and named the Plague of Justinian after the emperor Justinian I, who survived contracting it. At that time, it resulted in the deaths of an estimated 25 million people. In the 14th century, however, it was the cause for the most deadly pandemic in history, killing one third of the population of Europe.

It began in early 1346 in the Steppe region. with an attack by Mongols on Italian merchants who then transmitted it to Europe via plague-ridden rats on their ships. It spread initially near the Black Sea and then outwards to the rest of Europe as people fled the plague, unwittingly carrying it with them. By 1351, it had killed 200 million people across Eurasia. I also recently wrote about the link between that pandemic and climate change. Giovanni Boccaccio described his world in the introduction the The Decameron (1353; excerpt from the 1993 translation by Richard Hooker ). It seems all too familiar. Without an understanding of the disease and its control, people were at its mercy.

No human wisdom or foresight had any value: enormous amounts of refuse and manure were removed from the city by appointed officials, the sick were barred from entering the city, and many instructions were given to preserve health; just as useless were the humble supplications to God…

Fortunately today we know vastly more about contagion, although until a vaccine is found, we are similarly helpless. Now, just as then, we rely on social distancing as the only sure way of staying healthy.

HIV/AIDS. AIDS is caused by the Human Immunodeficiency Virus (HIV). It is believed to have originated in non-human primates in West-central Africa, transferred to humans in the early 20th century.

The variety “HIV-1” appears to have originated in southern Cameroon through the evolution of a type of simian immunodeficiency virus (SIV) that infects wild chimpanzees. The chimps become infected by hunting and eating green monkeys, which carry the virus. The closest relative of the other type, HIV-2, is related  to a virus of the sooty mangabey, which lives in coastal West Africa, from southern Senegal to western Ivory Coast. It appears that humans who participate in bushmeat activities, either as hunters or as bushmeat vendors, commonly acquire SIV. It seems that, after that, several transmissions of the virus from individual to individual in quick succession (e.g. through sharing needles) allows it sufficient time in the human population to mutate into HIV.

Ebola. Ebola virus disease (EVD), or simply Ebola, is a viral hemorrhagic fever of humans and other primates caused by ebolaviruses. The disease has a high risk of death, killing 25% to 90% of those infected, with an average of about 50%.

The first case appears to have occurred in 1976 in Sudan. Although it is not entirely clear how Ebola initially spreads from animals to humans, the spread is believed to involve direct contact with an infected wild animal or fruit bat. In total, about 30,000 people died, and with effective treatment and containment, it was declared a non-emergency in 2016. While it lasted, the Ebola epidemic had a substantial on West Africa and, to a lesser degree, the World.

An abject lesson. Thinking about the future while the crisis is still going on may seem like closing the barn door after the horse has bolted. Also, given what for so many is the very real tragedy of lost loved ones and economic difficulties, it may come across as callous. But in truth, these conversations will never be more relevant than they are now.

We depend on nature for everything we do. Our food, our air, our water. We need to respect it. In every example give here, like so many others, humans have been the cause of the spread of global contagion, often through careless or ill-informed association with wildlife. This is as surely true as it is for climate change and the mass extinction of species. For all the 21st century’s technological advances, we remain unavoidably part of – and bound to – nature in all its complexity. Our stewardship of Planet Earth has never been more linked to our survival.

Recognizing the inescapable connections between biology, epidemiology and the vast social and economic costs of the Covid-19 pandemic has caused many people and organizations across the world to call for permanent closures of Wet Markets. The cost on biodiversity, from pangolins (the world’s most trafficked mammal) to bats, civets, foxes, badgers, bamboo rats, hedgehogs, and snakes all for consumption is now only one argument for the cessation of this practice.

When the current pandemic is over, will in change our society? Will we remember the potential lessons embedded in this difficult time? We must. George Santayana, philosopher, essayist, poet and novelist, said “those who cannot remember the past are condemned to repeat it.”